Often people discuss the availability of "low-hanging fruit" when discussing growth and innovation. Instead of arguing over the existence of low-hanging fruit in the current paradigm, consider finding New Orchards. 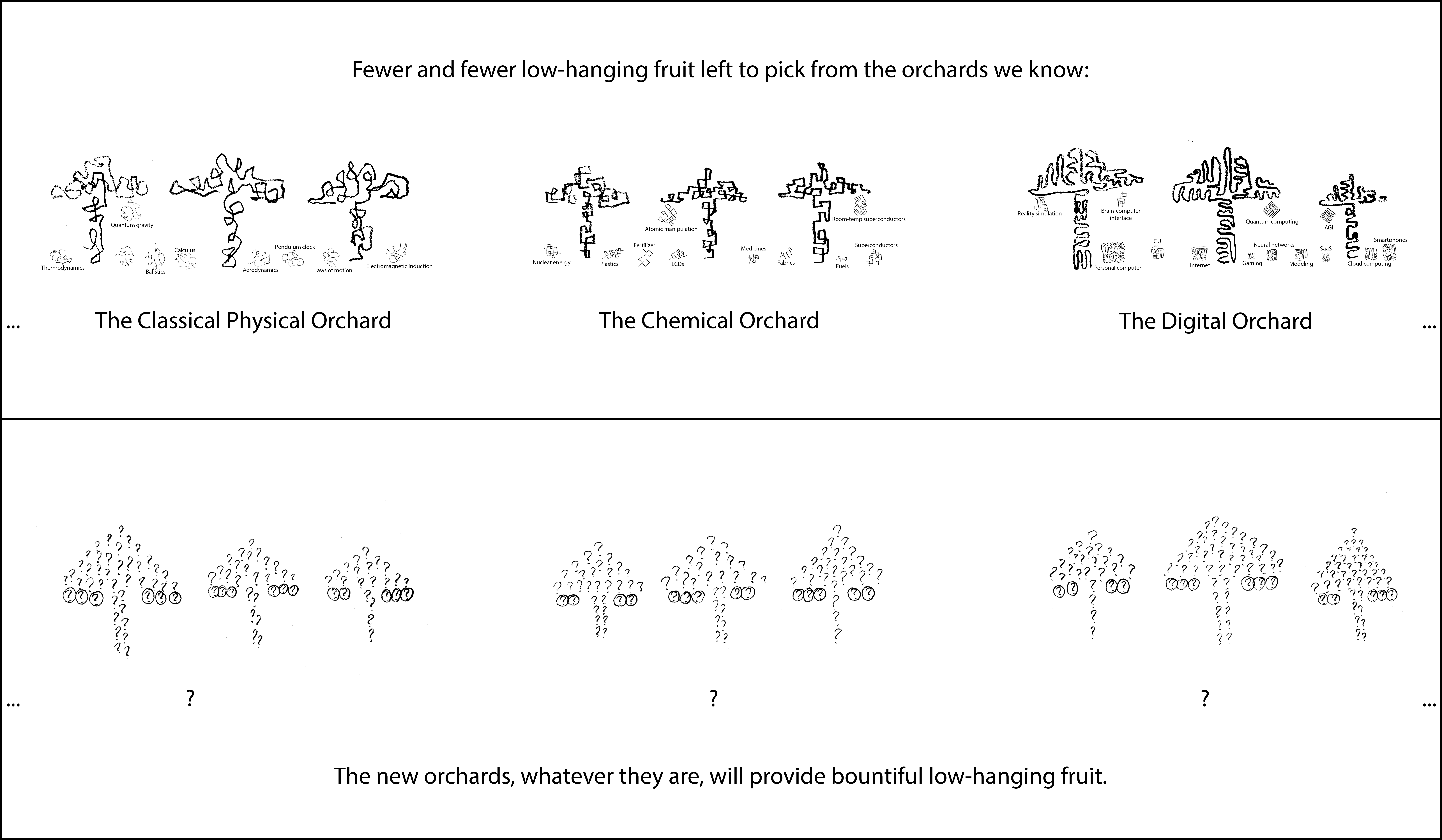 "One of the things that I've found surprising is that I think I can tell a reasonably decent story about how this is a result of a scientific problem rather than the mismanagement of our future. Do you believe that if we assume that there was this early 1970s structural change in the economy, that it was largely a sort of man-made problem, which is what we seemingly implicitly always assume, or might it be a scientific one? And let me give you the one iconic example that really kind of drives this home for me. I think quarks were discovered in 1968, and to find out that the proton and neutron are comprised of up and down quarks is an incredible change in our picture of the world, yet it has no seeming implications for industry, and I started thinking about this question - are we somehow fenced out of whatever technologies are to come that we sort of exhausted one orchard of low-hanging fruit and haven't gotten to the next?"